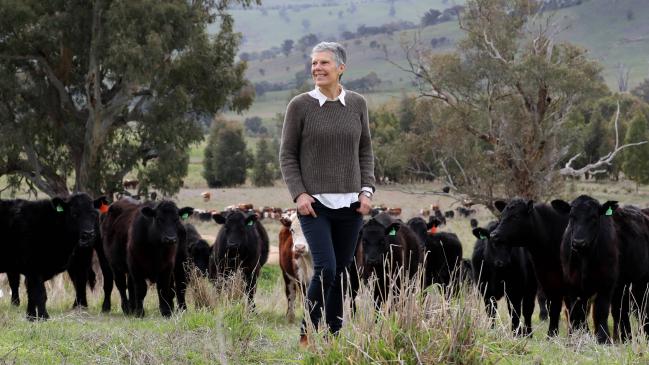 GILLIAN Sanbrook is an agricultural powerhouse.

If you need any convincing, just listen to her diary schedule.

Over three weekends in November Gillian is running the inaugural Earth Canvas event, of which she is the chair and founder, teaming up six artists and six regenerative farmers between the Murray and the Murrumbidgee rivers in southern NSW, to run open days, workshops and exhibits for the public.

The mother-of-two explains that she has just finished renovating an old woolshed on her 990-hectare farm at Bowna, in the NSW Riverina, so she can host an on-farm holistic management conference on March 3-4 next year.

“Then through Earth Canvas I’ll be running a writers’ festival in the woolshed with authors from around NSW on April 4-5, to tell stories of regenerative agriculture,” she explains.

Gillian — a climate champion and registered carbon farmer — has just returned from a three-week tour of regenerative farms in the US; and earlier this year was a speaker at the Australian Global Food Forum.

All this is on top of running her farm, Bibbaringa, to regenerative farming practices, finishing cattle, currently stocked with 200 steers.

Luckily for her bumper diary, she has just wound up a 10-year project called Artstream Albury, learning about art by investing in it, and wound up her decade-long business Natural Instinct Wool Company that produced woollen corporate wear.

How does she find the energy?

“I am a busy person,” she says, laughing, “but I do take time out to go hiking quite often.

“I’ve worked hard all my life and built up an innovative business, but now I also want to give back. I seem to have 10-year cycles where I’ll build up a concept to success and then start afresh.” 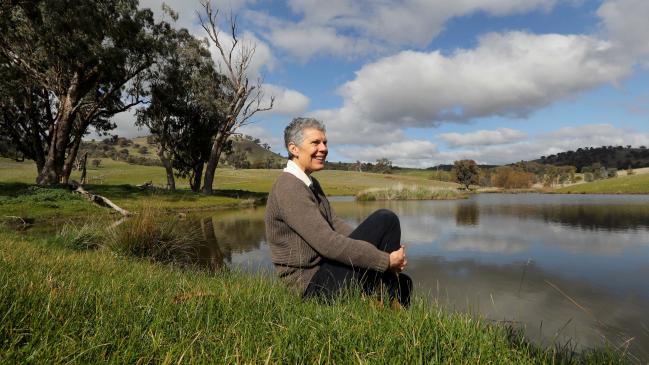 Gillian’s dedication to agriculture is all the more remarkable given she grew up in Melbourne, attributing her love of nature to horse riding as a child.

“I spent hours and hours with that horse and it started my understanding of nature and animals, in a very balanced way. It was very grounding,” she says.

Gillian studied a diploma of farm management at Glenormiston, which involved two years as a jillaroo on a Merino sheep stud in the Riverina.

“At college we did a course called logic and reasoning, about getting you to think and ask questions and never take anything for granted. I credit that approach to what I am achieving,” she says.

As a graduate she became an agricultural reporter in Western Australia for four years, then was headhunted to become a publicist for Merino breeders in South Africa, where she lived for four years.

Returning to Australia she met her then husband David Taylor, moving to his family’s Pooginook Merino Stud at Jerilderie. At its peak the property was “one of the top studs in Australia”, farming 6000 breeding ewes.

It was here Gillian first encountered the work of Zimbabwean ecologist Allan Savory and his holistic management practices. These days she attends at least one holistic management or regenerative agricultural conference in Australia or overseas a year, as well as being a mentor to three local holistic groups at Nagambie, Holbrook and Cootamundra.

Gillian considers Savory to be one of her mentors, alongside Australian Peter Andrews, who pioneered natural sequence farming, and she adds one of her personal and farming philosophies is to “never stop learning”.

“When you open your mind and educate yourself, you can make plans, set goals and adjust to change.”

These philosophies are applied to Bibbaringa, which she bought in 2003. She stocks the land according to the seasons and doesn’t buy in supplementary feed, nor make it on-farm.

Put simply, Gillian says, ground cover is key: 100 per cent cover, 100 per cent of the time, because it helps the soil build biology and carbon, and hold water.

Gillian has re-vegetated almost 30 per cent of the property — including with a future spotted gum plantation and flower enterprise from native foliage such as acacias to callistemons — which also help retain water.

She believes rotational grazing is key to farm management. Depending on ground cover and the season, she grazes one mob, moved about every one to three days and destocks rather than sacrificing ground cover.

“I want to create a way people can come on to regenerative farms and learn that healthy soil produces healthy plants, animals, people and communities.

“Many people in cities feel totally disempowered about their food, water and power, but don’t know what to do. There are solutions. Everyone needs to be part of the solution and make that connection.”